A small experimental suggestion for your added pleasure. Cut and paste this link in a new window to my blip.fm/7yrsinHollywood radio station and listen to music I was listening to as I wrote today's post. 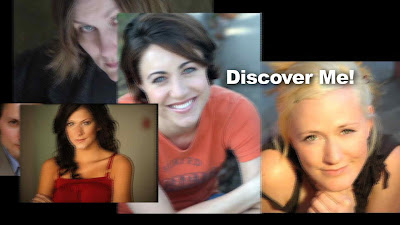 My favorite things about Hollywood is meeting actors who the world's not yet discovered. I share a kinship with many of them because, like me, there's usually some dark episode or tragedy in their past that had transformed them. Performing on the stage or screen is somehow self-medicating.
Actor Naomi Mercer
Star of MOTHER'S DAY

We wanted a look for the show to be simple to allow the actors to shine. So I went to Ikea and bought our only prop for the show, a simple black chair you see here for the undiscovered actors to sit in while we interviewed each for an hour.
We had limited funds and I went bargain hunting for a location in Burbank for the 4 days of filming. We eventually settled on the Sherry theater after bad start at another location that was too noisy for filming. 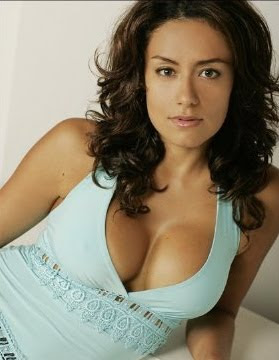 Actor Bibiana Navas - Columbian Soap Star and lead in COCINA DE MARSELLA
Using ads in Craig's list and BackStage and an amazing casting service called Breakdown Express we put out the casting call for undiscovered struggling actors. We wanted the struggle because that's where the drama is.
I pre-screened head shots from hundreds of actors and then narrowed the final list of actors. I learned so much working on this project about the importance of great lighting. How lighting and good sound, good sound I had learned the hard way was vital from making "Desert Silhouettes", are really more important than what camera you use.
Here are some clips from the one hour pilot off our DISCOVER ME YouTube Channel.
And not to play favorites but Antonio Charity who stars and narrates DISCOVER ME and who gives an amazing performance as a junkie who dies of fear in ORANGE ALERT - DUCT TAPE & PLASTIC has as a play BLACK ANGELS OVER TUSKEGEE in running in North Hollywood for one night only that's a must see. The 2009 winner from the NAACP for best ensemble cast it's a wealth of acting talent. Click here to get tickets. 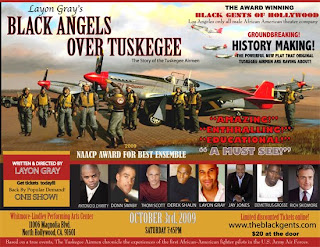