But getting out of that shell, doing the unthinkable, living without a car in LA has, in short 6 months, been the time I've met some of the most amazing people and the adventures have been awesome. Not to mention I've lost about 20 pounds riding my bike and walking and I've been saving over $500 a month on car costs. That's enough to eat for a month. 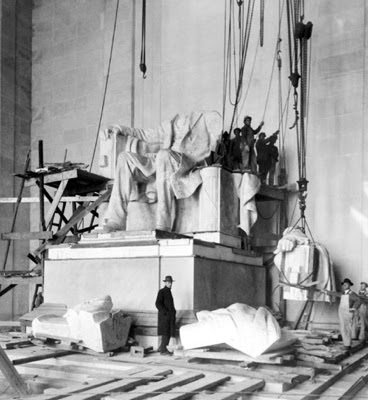 Back to www.LincolnisBack.com, that project, less than a week old is rapidly taking shape. Gone are the days when ideas took years and millions of bucks to reach the screen. Think of it, film it and post it the day on dozens of websites. Yep. It's gonna break my heart to see a lot of these Hollywood dinosaurs go belly in 4 or 5 years.
People love the social aspects of theaters. Movie houses will never be a thing of the past. But thinking positive about the future of entertainment, I imagine Amazon / Triggerstreet/YouTube multiplexes. How much more fun to theater hop a 30 screen theater with your best social networking pals, watching a mini film festival of the best of viral indie films of the month, than 30 screens all playing RAMBO XXI playing in 15 minute intervals?
Don't get me wrong, we'll always love big Hollywood movies, it's just all going to come to theaters digitally and we'll have thousands of options to choose from. Not 5 or 6 when we go to the theater. It will be a new premier every 15 minutes to borrow from Andy Warhol.
Well, unless viruses like the Swine Flu make social interaction too dangerous. See this New York Times story about 2000 college student becoming sick in a week. - Crazy Story idea there . "Bill Martinson, poor townie, was getting nowhere with the college chicks. That is until the Swine flu hit the girl's dorm and he went on mop patrol. Bill meets Ashley, the girl of his dreams, when she barfs all over him..."
I get tons crazy ideas like the above. I have file cabinet full of several hundred shitty ideas like the above which will never see the light of day.
Posted by sheetzk at 12:08 PM