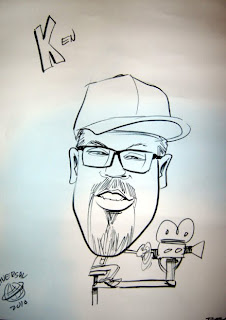 I made it. 7 years I've survived in Hollywood making scripts, movies, commercials and YouTube videos. Survived is the word. I certainly have not thrived. But one day when I'm on that death bed ready to move onto the next life I won't be saying, "Wish I'd have tried making it in Hollywood."

My only mistake was doing it too late in life to make it big. But then I'd have missed out on my life back in Chicago as the guy who leased 3 skyscrapers, built Oprah's studios and had two amazing kids.

So I have no regrets Hollywood has not paid off like I wish it had. And I wouldn't trade the Hollywood I've experienced for the glamor one of say a Kevin Spacey's, a guy about my age who I admire.

I'm enjoying covering Hollywood as a social media guru. You can see that I really am having fun in this new BuzzBroz video.

Ya either love 'e, or hate 'em. That's the old saying but for me it's somewhere in between. Especially when I get up in the middle of the night and the bathroom I share with cats at the amazing Mr. Quick's studio are hogging their turf and that turf happens to be the sink and toilet.