I'm happy to have tagged along with my producer pal Gilley Grey and his lovely fiancee Kim Griego for a New Mexico Xmas.

Gilley has become such a great pal. One of the few highlights of 2009. We got to be pals via his interest in my real estate expertise from having been the development manager for Oprah's Harpo Studios.

I've enjoyed seeing Albuquerque and offering him my two cents on the fate of Q2 Studios. Look for an announcement about Q2 here soon.

I hope in some way I've repaid Gilley for his kindness in helping me keep my Hollywood dreams afloat since my eviction last fall with some of my real estate expertise and manual labor on his New Mexico residence.

And speaking of fun Gilley treated the whole family, me included, to a trip to the movies to see Avatar, which I give 6 out of 7 years on the 7 Years in Hollywood scale. It's a gas.

I even had a fun date with a casting director pal of Gilley's out here from Santa Fe. Yep, Gilley Grey and Kim are the bright spots in an otherwise depressing year I look forward to putting behind me.

Posted by sheetzk at 1:11 PM No comments:

First time I heard the title KILL BILL I hated it. So imagine my surprise 6 years ago, half a year into my Hollywood adventures, that I ended up seeing the film 6 times and having it become my favorite film of all time.

Kim was hurting a bit as the fitness center she worked at today let her go because she's basically too sane. So KILL BILL was a welcome distraction. The KILL BILL DVDs are the first thing I have bought post eviction. It felt so good watching this great film with Kim and Gilley. Like coming home.

I run a little music channel on Blip and there's a KILL BILL music tribute there, one of the best scored films of all time. Nice work RZA and Rodriguez.

Go here to listen up blip.fm/7yrsinHollywood
Posted by sheetzk at 11:23 PM No comments:

I've always admired people who've picked one profession, mastered and savored it. I'm a restless spirit, learning one job until I master it them moving onto something else, in search of something more.
I began fresh from college as an interior architect from from Layton School of Art. I rose swiftly to the top of my profession and was designing world headquarters for corporate giants like Target, Allied Mills and Toro for a pair of straight guys in the Gay world of design, Burt Richmond and Peter Cohen. I had worked my way through college selling Rainbow vacs door to door. Burt and Peter put the polish on me.
And then I hopped into commercial real estate, landing a job from one of my clients, a genius named Wes Irvine. Wes was was a party man par excellence of the go-go 80's who liked to go-go to King Arthur's Restaurant on Adams for Bloody Marys and prime rib smothered in butter. Between drinks and steaks Wes would teach me the world of brokering world headquarters and I grew richer than I ever dreamed possible.
And then I would leave Wes' employ to start my own shop and quickly got into development with the easy credit of the 80's. How easy? Easy enough for a guy with no skyscraper building experience, but more importantly knowing how to fill an empty skyscraper, marketing 3, to get a loan for $162 million for my first project. My second development project? Oprah's Harpo Studios in Chicago. 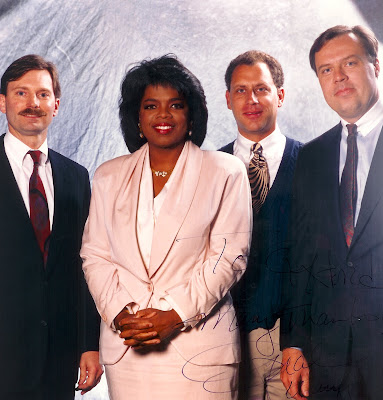 But the 1991 real crash would melt this Icarus's wings and my divorce would crack my nest egg for starting projects to Humpty Dumpty bits.
So I started looking for something new. Something that would combine all my creative power with my business power. And that something, starting with part time film projects in 1995 was producing. Eventually writing, directing, editing. scoring and self distributing would follow. My backers? Former competitors from the Chicago real estate world.
And I was doing OK, high on creating and looking for the first big strike from Kids Talk Politics when PBS, who had aired my 2000 show as the lead into the presidential debates, took a pass. I'm the kind of personality who when rejected won't be denied. It's how I win. So I started self distributing the DVD on Amazon and mastered social networking. But I underestimated how bad this economy is, and overestimated how fast we'd recover under Obama and ended up broke again, worse than I was in 1991.
For 2010 I plan to do some real estate again along with my films and ad work. I will seek to fuse all I know into one force. I feel excited about 2010 like I never felt excited about any year in my life when I will begin my 8th year in Hollywood.
Posted by sheetzk at 10:11 PM No comments:

Wow. I almost forgot what it feels like to relax. Maybe it's a sign life is on the mend that I managed some relaxing this weekend after my sexy viral video shoot for Podi Shoes.

I went for a long walk for some cold meds a friend recommended to nip a cold in the bud. Zicam. Tasty stuff. I hope it works. I'm doing creative visualization the germs are Bill and The Bride's my ant-bodies. Go get 'em Uma.

Posted by sheetzk at 7:37 PM No comments:

I may be biased but I think we have a viral hit.

This was filmed on Ventura Boulevard in the heart of the city. If I told you what I made this spot for you might not believe me. All this with my editing FCP software limping along at half screwed up.

Thanks for the great repair job, Apple.

Noel Baker stars as the hottie with the black Porsche and Donny Mecham as a nerd with a fashion flare. Many thanks also to my pals Gilley Grey and Kim Griego who donated their time and talents for the shoot.

And fun look behind the scenes.

Posted by sheetzk at 5:22 PM No comments:

A Good Day in Crazy Land

It's days like today, calling for pitch meeting to studios, that I realize maybe I am getting better at all this. Even the no's were pleasant today and surprisingly quick and direct yet wildly encouraging.
Hmm. The better the idea the faster the no with a spin in the right direction?
Doesn't pay to overanalyze Hollywood.
Enjoy this video for laughs. Talented insanity.
Posted by sheetzk at 10:48 PM No comments: 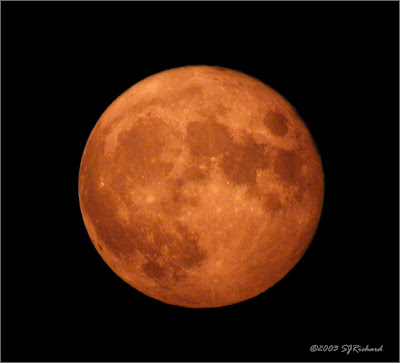 As the moon rose over the San Fernando valley today I was having buritos with my producer pal Gilley at Hugo's on Coldwater Canyon. I was struck by how fast time passes out here. How many full moons have passed on my struggles in this strange city.
7 years and I have little to actually show for it. But then again you accomplish more than you think. Hollywood sneaks up on you in ways both good and bad. Heck, half the stuff I've done is not even up on IMDB.
Tomorrow Gilley and I embark and trying to sell a pilot script. This is my third so I'm no longer very excited about the hunt. I know we'll hit the screens, get sent down hopeless dead ends. But this is a good script and maybe, for once, I've created something that has an actual chance of catching the eye of mainstream Hollywood.
Hope springs eternal. So I hope is that it was a Hollywood harvest moon we saw today. A sign of good things to come for my newest writing. Gilley provided a safety zone for the work and the inspiration for the story idea. There's good karma here.

Stay tuned.
Posted by sheetzk at 10:16 PM No comments: