Getting Out My Shell 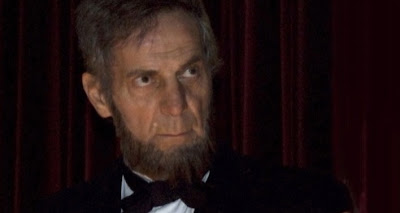 For big projects, which are worlds unto themselves, I'll post sub blogs. I am working on a new project that just came out of the blue called LINCOLN IS BACK with Tom Katsis, one of the top Lincoln actors in America.

I met Tom last week simply because times are so tough that I gave up my beloved Beetle early this year to conserve dwindling investor capital. I do work from home after all. And meeting with studios happens no more than once a week, or, let's be honest, that's my bag here, once every other month if I pester the shit out of execs like a $50 whore until they meet with me out of pity.
So most of the time my Beetle sat gathering dust for weeks between uses. This is part due to the odd fact, odd for Hollywood, that I've kept up my old Chicago habits of walking whenever I can to the stores for exercise. In fact for a dozen years after my unbelievably expensive divorce from Gloria I had never even owned a car. So I decided, like back in Chicago when I was getting slaughtered by alimony and child support, to rent a car here in LA on a as needed basis, sucked it up and called VW. I told the truth, that in this economy I could no longer could afford the payments.
VW's repo man was appreciative I had voluntarily given up my ride. He told me he usually has to hunt down repos after months and months of missed payments. Here I was giving up my car being less than 30 days in the hole. But I'm old fashioned this way. I pay as I go. Comes from having two parents born in the last Great Depression. 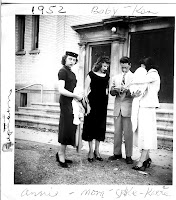 As the repo man left, stereotypical stoggie in his teeth, said, "Don't sign anything VW sends you. You've done enough for those jamokes." Then he added, "Have a better day."
As I felt like crap and watched the tow truck take my beloved Beetle that perfect March day, I called my mom on the cell and told her about my cost saving decision. Now, my mom thinks I went a little insane 7 years ago when I quit real estate to become a starving artist in Hollywood. So she said, "You'll be vulnerable to the weather and killed by Mexicans without a car in LA. You're like a turtle out of your shell now!"
Posted by sheetzk at 7:08 AM