Will Work For Dog Food

Wow. Long week. Really hit the corporate work hard. Mostly worked on getting my web marketing company BuzzBroz launched. It fed me this week, even fed my dog with a cute video we made for a pet store.

The owner is still on the fence so I asked him for some food for Sophia since she ran out today. So I officially worked for dog food this week.

Yesterday a new client was supposed to pay me. I must take cash payment these days because I'm overdrafted at the Bank of America by $500. So off we went to the ATM after I finished the job. Bing! The ATM informed us as both our faces dropped that his card was overdrafted.

I wasn't mad. He's sweet guy. It's just everything is so damn tight.

I have another friend of 6 years. Usually super dependable. She owes me $750. She keeps lying that the check is in the mail. I asked her in a voice mail why the lies? I'm not some asshole bank doing a collection. The truth is always best. Let's face it. There's no shame being broke in these times. But now she's not even returning calls. Thing is without the lies I'd easily forgive her.

Funny thing all I can think about through all this crap is Bank of America. What fucking hard asses. I had a little check of $9 that came in the mail a few days ago. I got excited. Holy cow I can buy some nice grany smith apples! But BOA refused to cash the $9 check because of the overdraft.

"You won't cash a $9 check? My tax dolllars at work, huh?" I said to the embarrassed looking Bank of America teller.

She suggested since it was drawn on Chase bank, this was an AT&T check mind you, that I go over to Chase.

I calmly explained, "Already did. They are still offically Wa Mu for 2 more weeks and can't take a Chase check yet."

"Sorry," she smiled waiting for someone to give me my homeless man walking papers it seemed. 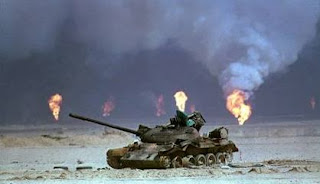 1991. I'd just finished building a $162 million skyscrapper and Oprah's $28 million TV studios, Harpo, when the real estate markets crashed on my fucking watch.

Once upon a stressful day, this Barclays Bank asshole who shall go unnamed, a workout specialist, glared over the marble table in their fancy conference room at me. He looked at me like I was personally responsible for the international real estate crash from Bush the first's great handling of the economy. 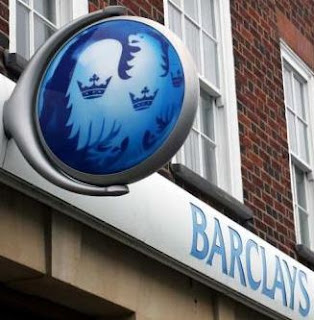 Barcalys had been unable to syndicate the $162 million loan in the falling 1991 market and they were stuck with the whole loss of about $80 million. But the jerk bankers were only making things worse not approving the deals my talented leasing team brought them in the falling market.

The Barclays asshole said to me, with a straight face, "Sorry (bankers love that word). But, Mr. Sheetz, you are on the hook personally for 12% of the $162 million loan in default. And since you signed on the loan personally - I hate this part of my job..., " he said with a shit eating grin, "... We are going to come to your house in Lake Forest and photograph every single bit of clothes and furniture you own. We're forced to take your bank accounts, stocks bonds, the house and everything you own it, Mr. Sheetz."

I smiled calmly back at him, "Sorry back at you. My wife has everything and we are getting divorced. You can't touch a thing. And if you show up at our house she will call the police and have you arrested for trespassing. Sorry."

The Barclays asshole went beat red. And before he could say another stupid fucking thing, seeing I had him beat, I added. "I know you want to sell One North Franklin for fifty cents on the dollar to Sam Zell (a vulture fund real estate player, aptly dubbed by The Wall Street Journal back in the day as "The Grave Dancer"). I wish you and Sam well, even though I'll never understand long as I live ( and I still fucking don't) why you won't cut a sweet deal like that for us after we all worked our asses off to build this building and the problems in the economy have nothing to do with us."

Now in charge of the meeting, I leaned back calmly back in the posh leather Barclays' chair and added, "So not only are you not going to even come close to my house and photographing everything I own, but Barclays is going to release me from the $13 million you say I owe you and you are going to give me my $250,000 letter of credit back."

"Why the hell would Barclays do all that?" he demanded.

"So I can start my life over again."

"With all due respect, we don't care about your life, Mr. Sheetz."

" OK, so let me make this your business. You don't let me restart my life I'll put this building into bankruptcy for the next two years and you can forget about selling it to Sam Zell."

The Barclays asshole shouted, "This is all a fraudulent conveyance! Your divorce is bullshit!"

I packed up my briefcase and left with my lawyer at my side without another word. Meeting adjourned.

I had been well coached by attorneys, Bell Boyd & Lloyd, who had set up the family assets protection plan, a legit plan, but a plan that to work put every penny I had in the world in my first and only wife Gloria's name.

In the end my lawyers work all held up. Barclays eventually did everything I asked at the summit meeting. Plus every partner in the deal got the deal I got to start life over. Not that any of them have ever thanked me for standing up to the asshole from Barclays. 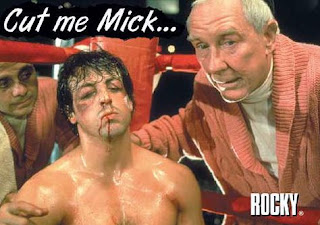 Odd note, one ex partner to this day blames me for taking the deal down by quitting the fight with Barclays. Yeah. I was going to fight a bank with billions in assets when I was flat broke and everything was in my wife's name. I love this guy but he drives me nuts with this fantasy battle shit of his. If anything I always fight for something too long. I'm Rocky on steroids.

In fact, that's what I worry about in Hollywood. 7 years is long time to live as a starving artist in Hollywood when you're used to the soft millionaire life. How the hell do you know when to quit when there's not some asshole from Barclays threatening to bankrupt you and steal your clothes?

So at 40 years old I became like a kid fresh out of college in 1992. I did however get all our family debts. Gloria's divorce attorneys did give me that much.

How well I remember my lawyer Tom Homburger advising me, "Now, Ken, this plan we are putting in place will protect your wife and kids from Barclays, but if she ever divorces you... Well,you're screwed." 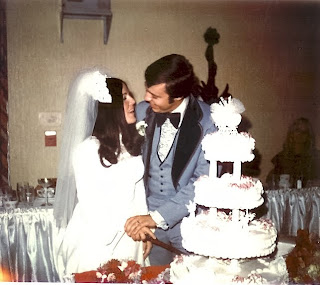 Gloria and Me on our big day

"Gloria can have it all if that's what she wants to do. Better her than the bank gets my money."

One day, they are all a blur of choking dust and pain, in our Lake Forest kitchen over breakfast, I sweetly asked Gloria if now that the Barclays Bank mess was over and we won if she'd put everything back in both our names.

Gloria went white as a ghost and said in almost a whisper,"Sorry. I can't do that, (Gloria couldn't know how much I hated that "sorry" banker's word)Ken. It's best for you. Best for me and the kids too that we just keep everything we own in my name."

I suspected this was coming of course but it was still hard as hell to take now that it really had happened. I said nothing. I went into shock. I started to shake badly.

Gloria only made it worse blurting out, "And you need to stop taking all these crazy risks with our future and get a regular job with a paycheck!"

My sad and sorry reaction?  I literally busted a kitchen chair to toothpicks. Gloria ran off in terror to lock herself in her bedroom.

I shouted at the top of my lungs after her, "I'm not a regular pay check guy and you know it! "

So I packed my bags, took only a paperweight globe of the earth that I still keep, checked into a 5 star hotel and stewed. Gloria filed on me shortly thereafter. Like a dope I thought it was only a separation. But Gloria was dead serious about divorce and I was too poor to really fight and still exhausted from fighting One North Franklin to put up any real fight.

I was bitter for so many years about this. But after 17 years I'm over it. Well, mostly. You never really get over betrayal or what feels like betrayal. Gloria was really only doing what her lawyers and a mother-in-law ( who hated me from the day she met me) told her to do.

Now here I am in the dregs of 2009. My investors, all real estate pals, are hurting so bad they've all left my ship out at sea. One shared he's going Chapter 11 on his biz. Most of my newly poor pals don't return calls or emails as of this writing in fact. So I am pushing on in Hollywood all by myself with my new BuzzBroz biz. Working for dog food.

But if I wouldn't let 1991 beat me, when I was hampered with two young kids and an ex to be to care for, I sure won't let this shitty times keep me down for long.

BuzzBroz is going to bring me back bigger and better than ever. I'm excited even if I do get evicted from my luxury apartments end of the month and land on someone's couch for a while. I will bounce back. I always do.

So I glare at the lady behind the bank teller at BOA, stew about the billions the taxpayers thanks to Bush and Obama gave BOA to survive, knowing I'll never see a penny of the loans I've been begging BOA for and say, "Put the $9 against my overdraft." The words feel like gravel in my throat. 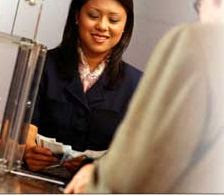 The BOA teller does so.

As leave I turn to the BOA teller, who seemed to take a some small perverse pleasure in my misery, " You can read about all this in my blog, 7yrsinHollywood."

Are you reading this little Bank of America teller?