I'd Rather be Lucky than Smart 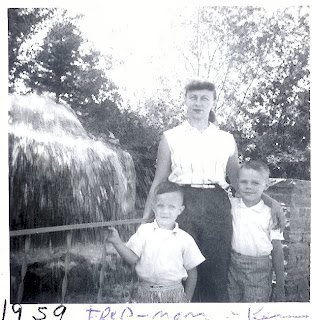 GILLEY AND KIM MAKE ME FEEL LIKE A KID AGAIN

It was winter 1960, I was 7 years old and my little brother Fred was starting kindergarten.  Fred was kind of small.  One night, over tears, Fred confessed to me that a group of bullies had been picking on him every day at school.

Next day on the St. Francis grade school playground I watched from the shadows behind a red brick wall as the biggest bully, Tommy, approached and casually punched Fred in the stomach.

"I told you no playing on our playground!" 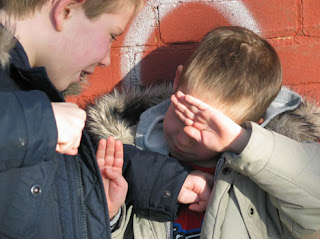 "It's not your playground." I said nervously stepping from the shadows, snow crunching under my rubber boots.

Now when you're in 2nd grade your size advantage of kindergartners is dramatic, but Tommy was almost big as me and he had a gang of 6 nasty little kids to back him up.  So Tommy blustered, "Who the heck are you?"

"Get 'em!" Tommy shouted as he dove on Fred.

Tommy's gang of six little thugs ran for me like a pack of obedient dogs.  But winter gave me an unexpected advantage; I pushed over the lead kid and the slippery ice tripped them up and darned if they didn't all fall down like dominos!

Tommy gulped, held up in mid swing at my brother upon seeing me "knock" his whole gang over, and ran off in terror.

"Wowie!  Thanks, big brother!" Fred cheered as I helped him to his feet.  Then both of us could not stop laughing out of relief until the end of recess bell rang.

Great thing is those mean kids never bothered Fred again.  In fact, no kid ever bothered us at that school, me or him again.  There are few moments in my life I've felt prouder or luckier, until now... 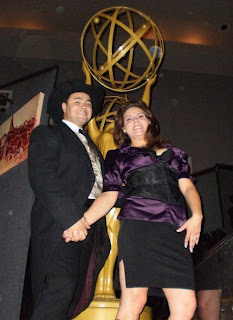 ... now that Gilley and Kim, are my new roomies in Hollywood.  They are flat out the nicest pair of people I've ever met.  One of my clients who shall go anonymous is 45 days late on paying their freaking bill.  Yeah, if was still living in my Agoura Hills apartment I'd be out on my ass again as I'm now 45 days behind on the rent.

Instead I'm cared for, respected, covered by Gilley and Kim.  I even offered to leave Hollywood to go home to wait out this recession, when my investors who usually back me get healthy again, but Kim and Gilley would hear nothing of it.

On top of all that Kim Griego is a total joy to work with on the BuzzBroz start-up, while Gilley is busy on the New Mexico working on the new Megan Fox/Mickey Rourke/Bill Murray film PASSION PLAY.

Yeah, I've never felt prouder or luckier than since I was 7 years-old today than I feel today in my 7th year in Hollywood.  There's an old saying, "I'd rather be lucky than smart."  So true.  If I ever get an Oscar or Emmy these two are the first people I thank.

But meantime, I'll just be happy to get paid by my delinquent client so I can catch up on my share of the rent.
Posted by sheetzk at 6:41 PM