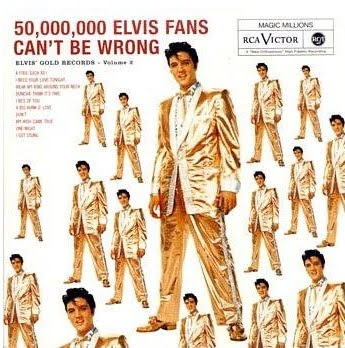 Many times I've wondered since his death: How many more Elvis songs would we have today had he not died so young? Elvis would have been 75 today. That's 8 years younger than my father who is still going strong.
About a year before my 7 Hollywood Odyssey began I wrote a musical science fiction comedy, ELVIS AND ARMAGEDDON.
E & A would rise to top ten popularity for 6 weeks straight out of thousands of scripts on Kevin Spacey's new website Triggerstreet.com and go onto being selected as a script of the month on TS.
If you follow this link you can read again ELVIS AND ARMAGEDDON, reloaded for the King's 75th. I hope it makes it to the movie screen before I hit my 75th. That might be a reasonable goal given how slow things happen in Hollywood.
And be sure to tune into my 7yrsinHollywood Blip.fm DJ station for my musical tribute to Rock 'N' Roll's greatest star.
Thank you for the inspiration, Elvis. Thank you very much.
Posted by sheetzk at 9:08 PM