Witches, Bitches and a 50 Cent Wanna Be

When I moved to LA - a song in my heart and stars in my blue eyes - I moved to the the beautiful Archstone apartments on Bluffside Drive in Studio City.

I chose the gorgeous spot because I was going to take Hollywood by storm and wanted to be centrally located to all the studios. I settled in and started making calls to studios.

Now I ain't making excuses for how shitty my work on pitching the studios went... But it got hard as hell to concentrate on making those calls, because I was getting almost no sleep or quiet to work.

I shit you not, a coven of hot chick witches held night seances over this blue flame on the patio of the apartment next to mine. Witch seances happened mostly on weekends at decent hours. So I never complained to the apartment manager.

What? I told you they were hot witches.

A hard tiled hallway with barking dogs yapping all day and night. Nothing I could do about the little barking bitches. 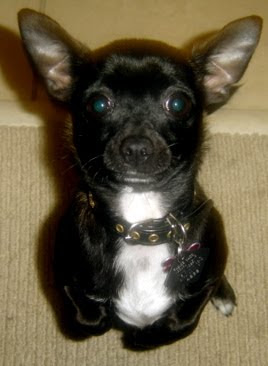 When the building or the cops could not get him to quiet down, on the advice of my Chicago pal and awesome backer, Rick, I set up my speakers face down on the floor and blasted the rapper back for a full two hours of the Rolling Stones on a loop track while I went out to the movies.

Next day the angry 50 Cent Wanna Be (that's the real 50 Cent in the photo) showed up at my door stewing. As he gave me the look of death he told me to never pull that shit again, "Or else."

"Don't rappers shoot people? Thanks, Rick," went thru my head. So I didn't ask what rapper meant by "Or else." But we entered into an uneasy truce.

Respect. Method Man and Redman rap video I loaded to my Blip "7yrsinHollywood" page CLICK NOW! Be a listener. I take requests.

Think that's it for noisy Hollywood? Ha! We ain't even got to Sergeant Noisy, Tom Sizemore. Not a "wanna be Tom Sizemore." The real deal. Next blog with Hedi Fleiss. "20 Actors and Tom Sizemore Dancing on My Head"