Tom Sizemore of "Saving Private Ryan" fame, fought a battle with drug addiction and the law as he danced on my head night and day. Dancing in old army boots from the movie from the fucking sound of things. 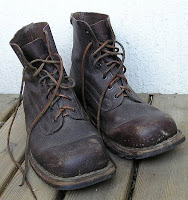 Now I still had no idea that was Tom Sizemore sobbing and screaming, then laughing like loon over my head. Night after night this went on. I complained to the Archstone apartment manager that I was physically and mentally breaking down. Sleep depravation is how you break down a terrorist and Tom's day and night anitics were turning me into Jell-o.
Eventually it was a war. One day when Tom was singing on his mega watt speaker system upstairs - Seriously who does this shit living in an apartment? - I went out to patio and bellowed, "Knock off the lousy karaoke, you fucking suck!"

Sizemore shouted, "Fuck you!" and turned up the volume even higher.

So I grabbed a sledge hammer that was a memento of the start of construction on One North Franklin - the building I built for $162 million and sold for $80 million - and rammed the sledge into the ceiling so hard I broke through the plaster. And if that was not bad enough I thew out my right shoulder. I thought I'd had a stroke for about a minute. Took months to heal. I screamed out the patio, "I'm calling the cops you, arrogant mother fucker!"
Just as some felling was coming back into my arm there was a knock at the door. I looked through the peephole and saw a calm man about 40. So calm I did not think it could be the guy upstairs so I opened the door.

He quickly explained he was Tom Sizemore's brother and asked me if I had just called the police again, as I had a few nights earlier.
I was in shock, here I was struggling to find stars for my films and right over my head here was a Golden Globe nominee, Tom Sizemore. 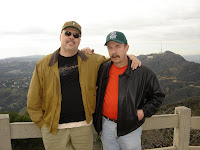 Tom's brother instantly reminded me of Fred, my brother who watches out for me. So for those two reasons I assured Tom's brother I'd cool it with the cops- so long as he was not hurting anyone up there like the fights I'd been hearing with women - lest he be sent back to jail.
Next day I went to the landlord and asked to be moved. They told me they were in the process of evicting Mr. Sizemore. Turns out there were many complaints from other neighbors besides me abut his maniacal behavior.
The landlord had a temp furnished unit that I could sleep in. This was far from ideal. Far is right. I had to walk three blocks to sleep. My nerves were so completely shot from Tom's night and day marathon of noise right after the herd of actors, the hot chick witches and the 50 Cent Wanna be that I could not block out the littlest noise.
The landlord told me it could take months before Tom Sizemore was evicted so they offered me another option. Archstone's a big company. They had another apartment complex they would relocate me to at their expense in peaceful Agoura Hills. 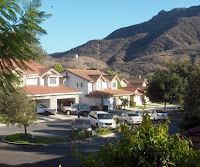 And that's where I've lived peacefully ever since. Takes me 30 to 45 minutes to get to meetings but I love it out here and get a ton of work done. This is where I made three feature docs and over 100 shorts along with my best screenplays.

But lemme tell you the fires we get out west here are murder and eventually I want to get my butt to Santa Monica before I lose every damn thing I own in this world. 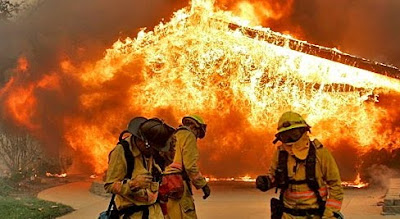