The Quick Fix for Ken Sheetz 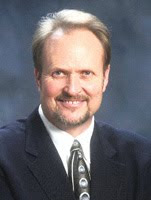 For the past month, since my abrupt departure from Kim and Gilley's lives, --  a departure I hope is only temporary as I love them both for their parts on my 7 Years in Hollywood journey -- I've been doing social media marketing via my new baby BuzzBroz as part of my rent with Bradley Quick (pictured left) who runs a foundation called The Cool Change Foundation that helps families devastated by drug and alcohol abuse.

Bradley's a great man and I have enjoyed these past 30 days, filming his life and getting the word out for him into the world via BuzzBroz.

Bradley had a horrific childhood that led to early substance abuse. He ended up a skid row junkie before a family intervention turned his life around.  23 sober and clean years later Bradley is a famed author for The Quick Fix and the radio by the same name which he hosts.  He's also an awesome  motivational speaker as you can see in this video I made for him that's already buzzed up 10,000 views!

Try being depressed with a motivational speaker to inspire you every day!  Impossible for me with Bradley around.  Bradley's office is up the hall from mine and he bursts into boisterous song at random moments all day long.  Here's his favorite of course because it inspired the name of his Cool Change Foundation.

I enjoy Bradely's "karaoke without the machine" style so much that I built him a Blip FM radio station. Check it out.   You can hear some of the tunes that he sings in his rough booming radio voice that are guaranteed to brighten your day!

An amazing experience for me in filming Bradley's amazing life is attending some of his AA meetings, as a filmmaker without his camera.  These sessions are private affairs.  Sitting in a auditorium filled with guys who keep each other on the wagon is nearly overwhelming for me.

An AA man somberly shares his story about how all his friends who used to drink with him are all dead now.  Reality is far more powerful than my daydreams.
As I sit there beside Bradley, feeling way out of place as a sober man except for some rare party moments, I'm touched by how thsi very macho bunch "Share" tender stories of the way booze and drugs have ravaged their lives and how AA saves them each day.  And I begin to sadly feel at home.

Why?   Because in all their stories I hear echoes of how my being a workaholoic has stolen so much life from me.  I think about missing most of the 20s of my two great kids, and not hangin' with my brother Fred, a heavy smoker and who I worry I'll lose to cancer one day.  All missed while I've been out here in heartless Hollywood working my ass off for 7 hard years, chasing a what seems an impossible, and sometimes meaningless, dream of being a Hollywood director.

I think about how I use work to hide from feelings, my family... myself.

The leader of the AA meeting snaps me out of my self-reflection when he announced the chapter is running dangerously low on funds.  So, despite not having much money, with 3 BuzzBroz clients behind on paying me and not likely to soon while the bailed out bank keep our capital frozen here in the Great Depression 2, I dig deep and toss $20 into the donation basket.

Twenty bucks is small price for inspiration from all the stories these men shared.  7 years ago a screenplay I wanted to bring the silver screen called STEPS had brought me here.  It's a multi-protagonist tale about three divorce ravaged families,  told like CRASH, with the various plots all meeting at the end.

At Bradley's AA meeting I learned what one of the stories in STEPS should really be about: How the 12 Steps can save lives and families.  STEPS has always been about how divorce tears families apart and what tears more families apart than booze and drugs?

The 2002 STEPS trailer you can watch here, shot in glorious 35MM, stars Jennifer Estilin, a great Chicago  SAG pro and non-professional actor, and Dave Curry.  Dave's my friend and BuzzBroz client for his amazing re-invention of the shoe for PodiWear.

These casting choices were made before I learned the hard way that you must use known stars to get distribution or have a completed film that becomes a festival hit.  But I think Dave turns in a solid performance for a first-timer and Jenifier is flat out amazing.

Two weeks ago, following Bradley around as his videographer, I was so proud to film Bradley's masterful interview with famed author Don Miguel Ruiz whose best-seller THE FOUR AGREEMENTS sold over 4.4 million copies that has been translated into 36 languages.

Don Miguel's new book THE FIFTH AGREEMENT, authored with his son Don Jose, is already in the top ten on the New York Times best-seller list! 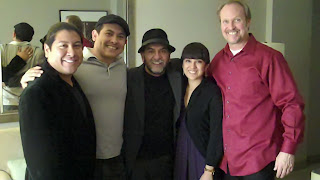 What was cool was Don Miguel beautiful niece, Karla Ruiz, also had a Flip camera. So I devised a strategy to film a two Flip camera interview.

I was the only camera operator, however, so it was a bear in post.  But the final result, a 45 minute playlist you can watch here. It already has buzzed up over 7,000 views and YouTube.

BRADLEY IS INTERVIEWED ON "LIFE CHANGES WITH FILIPPO"

In filming Bradley's getting interviewed for a switch on a cool radio show about modern spirituality called LIFE CHANGES WITH FILIPPO I met the host Filippo and his co-producer Dorothy Lee Donahue.

Here's the playlist for that radio interview, which I also had the honor to film.  It gives you a complete overview of the man, the legend, Bradley Quick.

You'll be learning more of my adventures in meeting the amazing Filippo and Dorothy, a Reiki Master, who became BuzzBroz clients and great new friends thanks to the glowing recommendations of Bradley.

And so another amazing chapter in my spiritual journey 7 Years in Hollywood opens.  Perhaps the real reason I am here.
Posted by sheetzk at 9:15 AM