My First Roomate Experience - An Apology

How did a relationship I count as one of the best of my life end in such a mess?

Let's start with the short notice from my first roomies.  One week. Which I brought on myself by saying I only needed a week, which is exactly what I got.  I was overconfident about finding a place and it left me scrambling.  And not knowing where or how big my new place would be left me in a panic. When I asked Gilley for some more time he refused. A week and I was out. After all the months of sharing life I never saw this inflexible side of the man. It seemed my wanting to leave had severed our brotherly bond and I was SOL.

And I didn't know where to go because my check from a new client was 2 months past due.  Now in normal times a 60 day past due invoice is not big deal.  You borrow from your bank to cover stuff like that.  But my bank is heartless giant Bank of America and a self-employed man like me who was just evicted in 2009 is not good credit material.

So all I could do was plan an interim move on a couch and stick everything in storage.  But there was just one problem with that.  My storage space was 2 weeks late on rent.  It would have been worse except Kim paid me up as a loan.

All this uncertainty left me wound tight as a drum and when Gilley would not let me borrow Kim's car for an extra few hours to get the job of moving done. I flew into a rage on the phone!  I must have called that poor guy every name in the book.

No matter what my friends and family tell me, I had no right to speak to Gilley so crudely.  No matter how unreasonable he seemed to my fear fevered brain at the time. I've apologized for my potty mouth and the rotten stuff I said in rage, but with some people, like my stepfather, they never forgive.  So who knows?  Are you reading Kim and Gilley?  If so consider this blog post another apology.

I did not grow horns and a tail.  And neither did Kim and Gilley.  We're all just people coping with an economy that is not showing signs of life.  The pressures are enormous and we crack.  I'm grateful I'm not doing crack at this point.  I need a long rest and there's no rest when you are working to just keep one room over your head.

In my house growing up in rough Italian neighborhood in Milwaukee the F was used in about every word in every other sentence.  But to hurl that at a guy like Gilley, who's been nothing but kind, makes me see I have a lot of work to do on myself if I am to be the enlightened being I want to be.

In the end the miracle of the one week move did happen despite losing my mind.  I don't exaggerate.  I lost it.  At one point shuffling stuff in an out of the apartment, my storage in Agoura and the new place in North Hollywood and tossing excess stuff in the dumpster at Gilley's I accidentally began keeping the trash and trashing the things I wanted to keep!

So I had to climb into the dumpster to salvage important lost papers.  I was moving out without Gilley's help and I dropped a nighstand and it punched a hole in a the door to room I "rented" from Gilley. 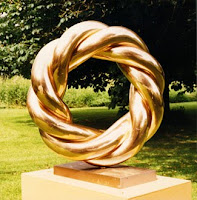 This roommate thing was a whole new experience for me.  I've always had my own place, either owned or rented. And in whole I did OK until the end. In December when cash ran low I'd exchange services for the missed rent or food and that all seemed clear and to be working.  Seemed is the operable word.

It's all a mess at this point with me doing a ton of barter work and their doing a ton of favors and small loans that are intertwined into a Gordian knot of hurt feelings, angst, broken dreams and frustration we may never untangle.

I don't know if the big hearted Gilley and sweet Kim did not believe I really have a home back in Wisconsin to go home to or not, and I prefer not to as my father is old and sick a lot these days and we never got along well.  So on the hopes of some big social media work that would have saved the day, but that never materialized through no fault of mine, Kim and Gilley kept me afloat when they should have sent me packing for home back in December.

In my new situation in North Hollywood I keep the boundaries totally clear.  I take no favors and have clear understanding of doing one hour of BuzzBroz work per day for Bradley Quick, my new landlord.  Brad is super just to be around for his positive energy and he has a huge three bedroom home here in LA. I now have beautiful studio with a ginormous work station, big enough that I've been editing videos for him on three computers and once.

And it at least says something about me I ended up in such a great spot working for such a great guy to help pay my rent.

Bradley is just what the doctor ordered for this weary filmmaker/social media guru.  I'm filming him giving motivational speeches, doing his weekly radio show and being a guest himself on talk shows.  I already have 3 amazing hours of material and have built him twitter, youtube and facebook fan pages to get the word out.

Here's hoping I learned from the wonderful Kim and Gilley how to be a better roommate this time around with the amazing Mr. Quick.

But most of all here's hoping that when tempers cool and times are better, debts settled, that Gilley and Kim will forgive me as I've forgiven them.
Posted by sheetzk at 7:25 PM